Ellen Ochoa Teacher of the Year 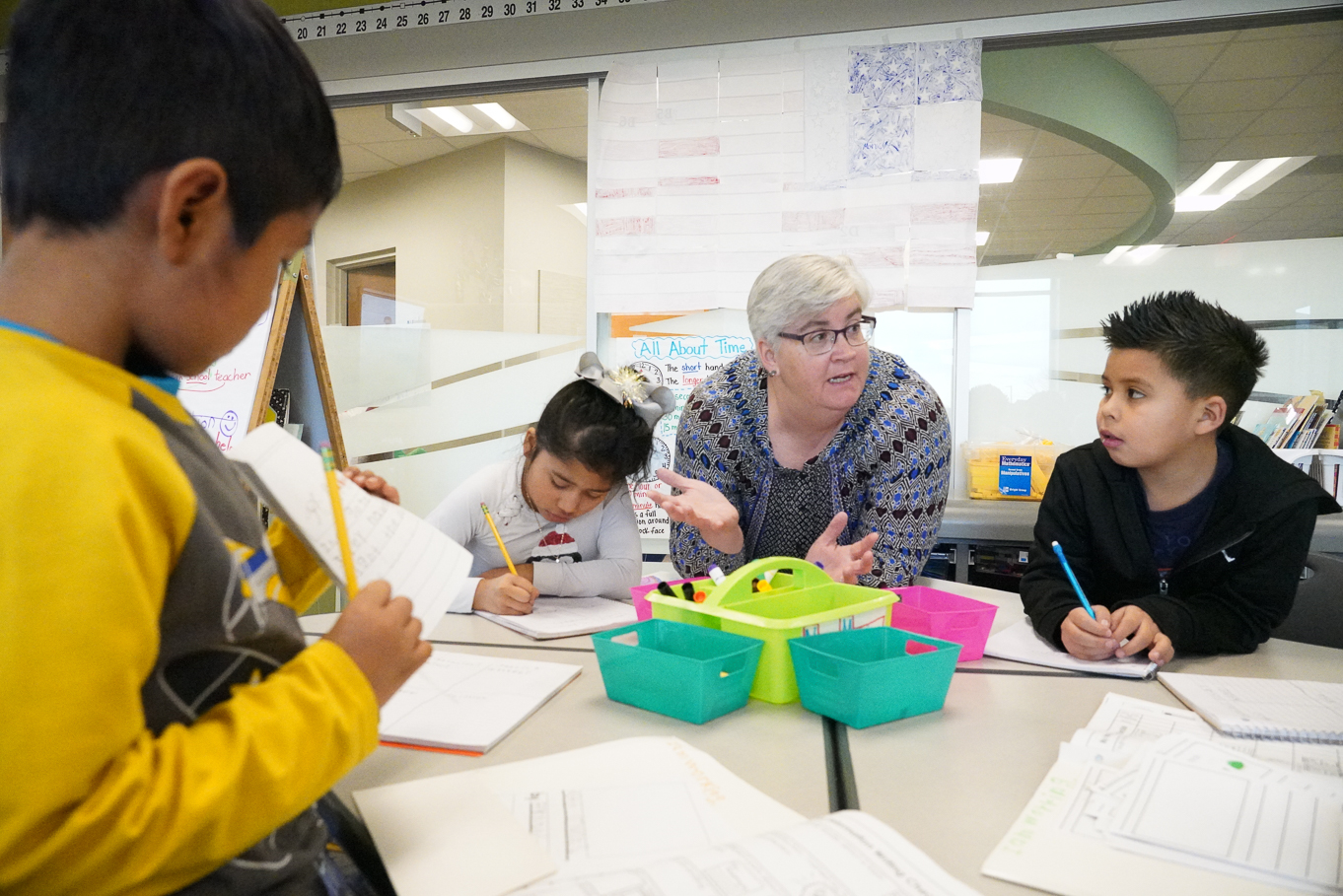 Second grade teacher Angela Eakes has been named the 2019-2020 Teacher of the Year for Ellen Ochoa Elementary.

网上体育投注官网Eakes began teaching at Union Public Schools in 2013 at McAuliffe Elementary; however, this is her 20th year in an elementary classroom.

Eakes said she grew up knowing that she wanted to be a teacher.

“Ever since I was a little girl, I was fascinated by the idea of being a teacher. I loved school – I loved my teachers and I loved the idea of being in front of a class of wide-eyed students as they learned to read or work addition problems on the chalkboard,” Eakes said. “When I was deciding on my post High School path, I initially ignored those ‘little girl’ dreams and tried on nursing as a possible career – even going as far as taking a semester of medical classes. I quickly realized that that would never be my passion and as soon as I was able to switch degrees, I was enrolled in education classes where I quickly found my childhood dreams coming true.”

网上体育投注官网“Because I love to read, I want every child to share that love,” Eakes said. “I was raised as a reader on my grandmother’s lap and I think back to those days where I was enthralled with the letters that morphed into words and sentences and on into wonderful fairy tales and adventures. I never struggled to read – it was just natural for me but it breaks my heart to see children who have been let down by teachers that could not or did not recognize a reading struggle that they were going through – whether it was a lack of experience or a learning difference.  Reading is the key to so many paths in life and when a child finally finds that “key” that unlocks reading for them, it is an amazing thing to watch.”

Eakes’ first degree was an associate’s degree from Tulsa Junior College; then she started at Northeastern State University where she earned both a bachelor’s and a master’s degree in early childhood education.

Temperature: 74/49
Clear throughout the day.
Sunday:

Temperature: 79/58
Clear throughout the day.
Monday:

Temperature: 83/60
Rain in the morning and afternoon.
Wednesday:

Temperature: 81/54
Clear throughout the day.